With the the Chatbot, you can enable player to look-up certain Information in-game over the chat. It might be for example nice to tell new players who the Admins are or when wipe times are scheduled. Those players can easily ask for that information themselves, without the need of an admin to react.

Whenever a player types "CB:?" He will see the whole list of commands (see picture further down).

Chatbot is deactivated for players with the same name. A info will be given though.

You could set for example the following commands: 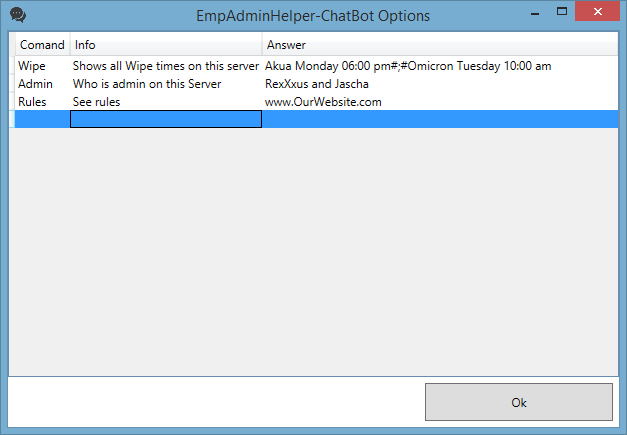 Command: The Command that a player can enter into the chat The player allways has to start with "CB:" to talk to the chatbot. So he has to type for example "CB:WIPE" to start the command "Wipe"

Info: The Information about the command, that is shown when typing "CB:?"

Answer: The Answer the ChatBot will send when someone enters the command. "#" will force a new line. 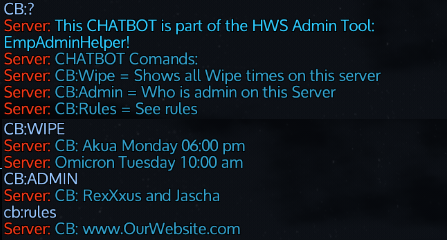