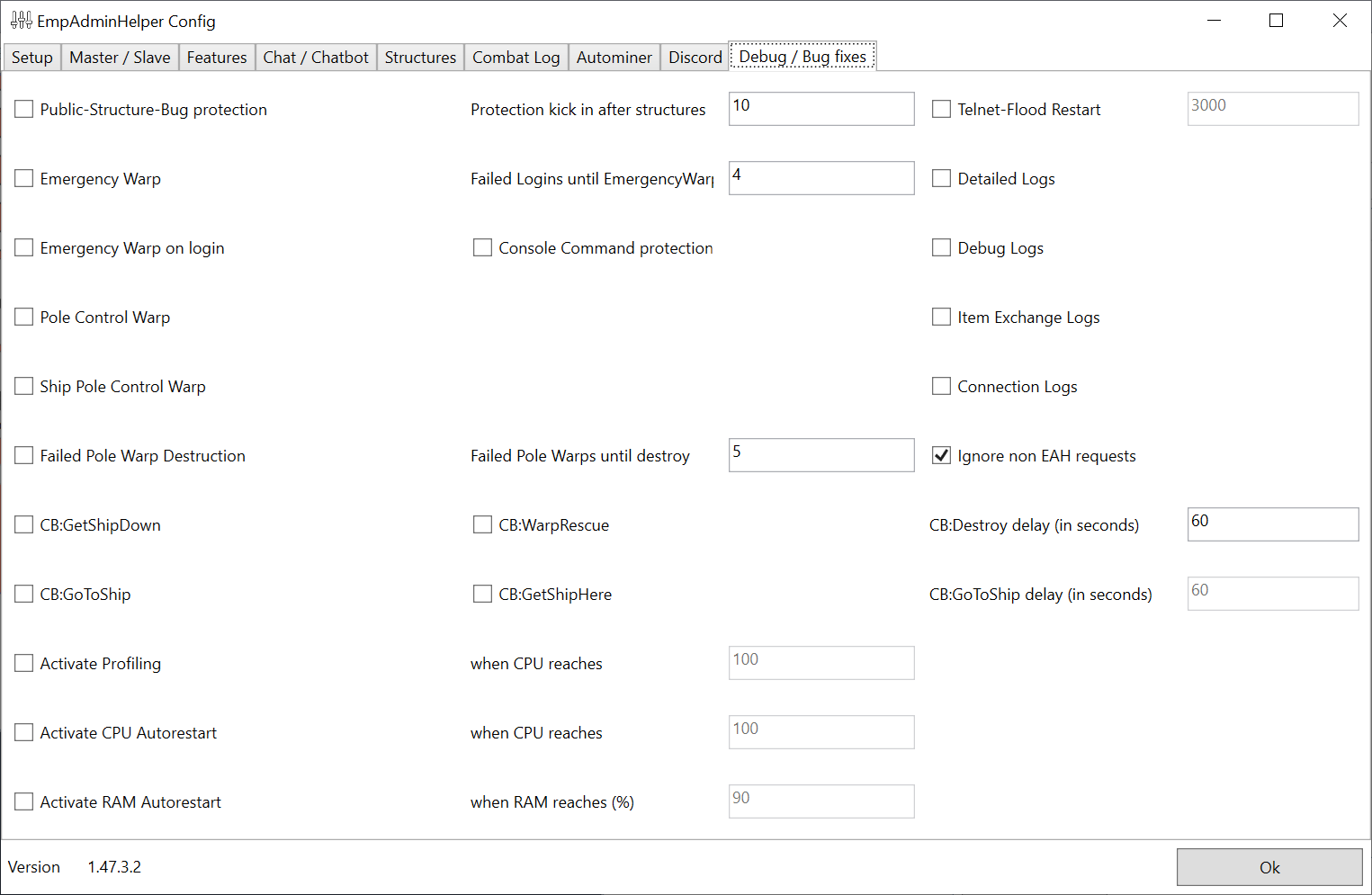 this captures the bug that all or many structures in a playfield are set to public. If checked the tool will set all those structures back to its original owner

Protection kick in after structures

This one determins after how many public structures the protection should kick in. Keep in mind that setting a few structures to public might be no bug.

Activates the Emergency Warp. Warps a player automatically out of pole/green barrier when he is in there for more then 2 minutes.

Warps a player who cant login (due to crashed playfield) to his starter-planet or another pve planet.

Enables the automatic warp of players in pole

Enables the automatic warp of ships in pole

Some structures cant be warped out of the pole since they seem to be buggy. To prevent furhter game problems this option deletes those structures after several attempts.

The number of attempts he should make to warp the structure out o pole.

Activates the game profiling when the CPU reaches a certain level. Only use this when asked by Game-Devs

Restarts the game if the CPU spiles to a certain CPU-Level. This might be an option for server that are usually not on high CPU, but have the bug that the CPU goes up suddenly and never goes down.

Logs more data for debugging the tool or finding problems

Logs all Item movment of players

Logs all connections and transfered commands.